Russell James is an expert at tackling the darker aspects of the human psyche. He explored the dark potential of dreams in his novel Dreamwalker, how quickly we can succumb to hysteria in Q Island, and now he takes on one of my personal macabre obsessions, the evil impulses that drive human predators to kill.

Russell is here today to share examples of these pathological murderers to prepare readers for what they can expect when they venture into the terrifying world of his newest novel, The Playing Card Killer.

The title sends chills down one’s spine. But it doesn’t take much to be one. The FBI defines serial killing as a series of two or more murders, committed as separate events, usually, but not always, by one offender acting alone. So it only take one more slaying to upgrade the resume to serial killer.

But people usually think of serial killings as happening in much higher multiples. In the United States, we are appalled by Ted Bundy with thirty-five credited killings, or the horrific John Wayne Gacy with thirty-three. But in international circles, these guys are bush league. 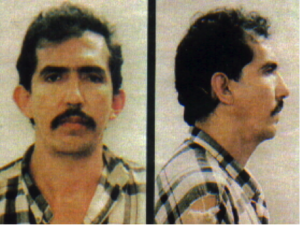 Luis Garavito tops the list. In just over six years, across three countries in South America, this man nicknamed The Beast murdered over one hundred and thirty boys between the ages of six and sixteen. He may have killed over three hundred, mostly street children. I’ll skip the gruesome details. But he was finally caught when a homeless man intervened as Garavito assaulted a boy. He was convicted of multiple murders based on his confession, DNA evidence, prescription glasses left at a crime scene, and his diary detailing the murders. He was sentenced to 1,853 years in prison and is still there. 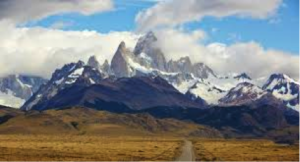 Pedro Alonso Lopez takes a close second place. The Monster of the Andes also killed across three countries in South America, but preyed on young girls instead of boys. By 1978, he claimed to have killed over a hundred and had been caught by a native tribe. The tribe was convinced to turn him over to the police, who released him. Years later he was arrested, like Garavito, during a failed abduction. He confessed to over three hundred killings and a mass grave provided proof. He was judged insane, incarcerated in an asylum, and later released in 1998. Current whereabouts are unknown. 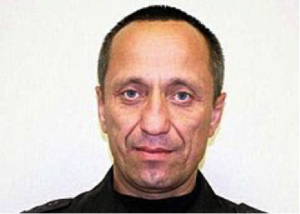 Rounding out the top three is Mikhail Popkov. The Werewolf, as he was known, lived in Russia and preyed on women instead of children. He worked as a police officer and lured women to their deaths wearing his uniform. Forensic evidence and DNA finally flushed him out and he was convicted of twenty-two grisly killings in 2015. He later confessed to fifty-nine more. He is serving two life sentences for over eighty murders.

Ted Bundy is all the way down at #18 in this horrific ranking. Unlike competing in the Olympics, I’m glad no American finished in the top three in this event. 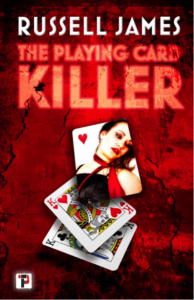 It is hard to understand how a human being can commit such despicable acts. Perhaps that’s why so much fiction is devoted to it. In my new novel, The Playing Card Killer, a serial killer stalks Tampa Bay, Florida. Brian Sheridan is plagued by dreams of women strangled with a red velvet rope, their corpses left with a signature playing card. And while awake, he’s hallucinating a strange man who appears to be stalking him. Brian hopes all this is driven by his sudden withdrawal from a lifetime of anti-anxiety medications.

Then the victim from one of his nightmares shows up on the news. She’s been murdered and Brian immediately fears he may be the unwitting killer. Detective Eric Weissbard thinks the same thing, and starts to build a case to get Brian behind bars and stop the string of horrific murders by the man the press have dubbed The Playing Card Killer.

Can being proven innocent be worse than being found guilty? That may be the case as the truth about The Playing Card Killer sucks Brian into a whirlpool of kidnapping, torture, and death.

The Playing Card Killer is available at Amazon, Barnes and Noble, and other fine retailers in hardcover, softcover, and ebook formats. 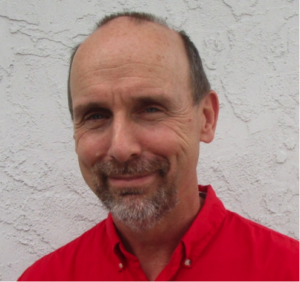 Russell James grew up on Long Island, New York and spent too much time watching late night horror. After flying helicopters with the U.S. Army, he now spins twisted tales, including horror thrillers Dark Inspiration, Q Island, and The Playing Card Killer. His Grant Coleman adventure series covers Cavern of the Damned, Monsters in the Clouds, and Curse of the Viper King. He resides in sunny Florida. His wife reads his work, rolls her eyes, and says “There is something seriously wrong with you.”

Todd Keisling Endorses WILL HAUNT YOU