People find out I write horror and they’re often appalled. It’s like I just confessed to devil worship. They can’t reconcile the happy, smiling, mostly optimistic person they know with the dark material I feel compelled to write (which is often fairly sunny as well, once you get through the shadows).

Most of the horror writers I know are happy, positive people. Perhaps it’s because we exorcise our demons through our work. Fellow Samhain author Catherine Cavendish is no different. Not only is she an uber-talented author with a tireless work ethic, cranking out high quality dark suspense on an annual basis, she’s a kind and supportive woman as well, always taking the time to help out fellow writers.

I was honored that she agreed to take a bit of time to chat with me about, among other things, her newly minted novel, Dark Avenging Angel. Enjoy. 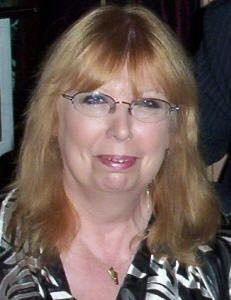 BK:  Your website says you live in an 18th century home in North Wales that’s haunted by a ghost. When did you first suspect it was haunted? Who, or what, do you think is haunting it?

CC: It all started innocuously enough. Someone whispering when no one else was around. Footsteps along the top landing and corridor. Lights switched on when we came home – even though we knew they had been off when we left. One day, we came back to find the TV switched on. Never anything bad, just a little unnerving. One day, my husband went upstairs and a woman’s voice called, “Hello”, to him – but there was no one there. That raised the hairs on the back of his neck, I can tell you. He came downstairs, white as the ghost he thought he’d heard!

Local people think it might be the ghost of an elderly lady called Miss Edwards who, for many years in the early part of the last century, kept a haberdashery shop on the premises and lived above it. Ours is a sort-of homely, welcoming spirit. Certainly not an evil entity of any kind.

BK:  Some of my favorite authors are from the UK: Roald Dahl, David Mitchell, Ian McEwan, just to name a few. They have such command of the English language, which, of course, isn’t all that surprising as that’s where it originated. What, if any, differences have you noticed between UK writers and US writers? How about cross-Atlantic readers?

CC: That’s an interesting question, Brian. Obviously there are differences that our editor – Don D’Auria – picks out, such as spelling (although I do have my US English spell checker on at all times) and there are some expressions that simply don’t translate across the Atlantic, but as far as the horror genre is concerned, I’m not sure we are all that different these days. There may be more of a Gothic, creepy, scary, ‘something nasty in the woodshed’ tradition here in the UK. I suppose we have more old houses! Then there are the settings. I can’t really imagine writers such as Ramsey Campbell or Susan Hill originating in the US – although I believe their work is very popular there. Their settings are typically British – Ramsey Campbell’s bookshops and sinister English countryside and woodland, for example. Equally, Stephen King is quintessentially American. Even though he frequently crosses genres, his stories are usually set in typically American surroundings. His characters speak and the voice narrating in our head immediately takes on an American accent (of one sort or another). He is, of course, phenomenally popular in the UK.

As for cross-Atlantic writers – I think those of us British writers whose publishers are in the US (like me), tend to develop a more American approach, owing to our editors and publishers as much as anything. Over here in the UK, I still read modern British authors who commit the deadly sin of ‘head hopping’ and are allowed to do so because it is nowhere near such a big deal over here as in the States. These days, I wouldn’t dare to shift the point of view from one character to another without starting a new chapter!

I also think that a somewhat faster pace, getting to the action quicker, is possibly more critical when writing for the American market, but others may disagree with me.

BK: Many of your books, such as Saving Grace Devine and The Pendle Curse, involve historical settings. What draws you to write about the past?

CC: History was my favorite subject at school and I have shelves and shelves full of history books, as well as historical fiction. I am fascinated by the characters and events of the past and harbor a secret desire to time travel – as long as I could get back of course!

BK: I love the premise of your latest release, Dark Avenging Angel: A guardian angel whose protection comes at a terrible price. I like to think that we all have a guardian angel watching over us. Do you believe in angels and demons? Have you had any direct experience with either?

CC: I believe in the power of good and evil certainly. As for actual angels and demons, I maintain an open mind. Many years ago, I and some friends of mine had a very scary experience with an Ouija board, which me off those things for life. For a brief moment, we all felt as if something extremely dark and nasty had joined us. We were four scared bunnies, I can tell you!

BK:  What inspired you to write Dark Avenging Angel?  What is it about the paranormal that appeals to you?

CC: Ever since I was a child and read The Monkey’s Paw by W.W. Jacobs, I have loved that delicious thrill you can only get from reading scary stories. I do believe there is more to this world than what we can see, hear, touch and feel. Scientists have already proved the existence of many more senses and dimensions than we thought we had a few decades ago.

I love the concept of things unseen, lurking in the shadows. I am also fascinated by the idea of an avenging spirit. I think most of us secretly root for the underdog (it’s supposed to be a British trait, but I think it’s pretty international). So when the bully gets his comeuppance, we raise a cheer. Justice is satisfied. But, as a writer, I am perverse. I don’t like everything all neatly tied up with ribbons. I always like to muddy the waters. Hence my avenging angel is – as you’ve referenced above – not what she first appears to be.

BK:  What is the most challenging thing for you about writing? What about it do you enjoy the most?

For me, I love creating that first draft. I start off with the germ of a plot idea and some central characters and settings. I research what I feel needs to be researched, gather my material together and off I go. The characters take over and each new chapter is a revelation. Once that first draft is complete, the most challenging thing is getting it right. Redrafting and editing, eliminating repetition, resolving anomalies, inconsistencies and loose ends.

BK:  Do you have any writing rituals or superstitions?

BK:  You’ve been releasing quality work on a regular basis. What comes next?

That’s very kind of you to say so, Brian. After Dark Avenging Angel, I have a novel coming out – also with Samhain – in April next year. It’s called The Devil’s Serenade and is set in an old house with many dark secrets, which gradually start to reveal themselves.

Currently, I’m working on my next novel, called Wrath of the Ancients, which is set in Vienna in 1913 – an eventful year to say the least. This story involves ancient Egyptian artifacts, a curse, and a mysterious character called Dr. Emeryk Quintillus.

BK: Thank you so much for taking the time for this interview. Is there anything else you’d like to add?

Just to say thank you for inviting me along today. I really enjoyed it, and here’s a little bit of information about Dark Avenging Angel: 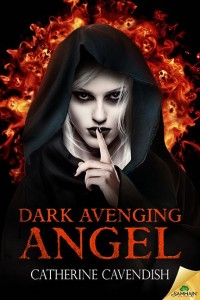 Don’t hurt Jane. You may live to regret it.

Bullied by her abusive father, Jane always felt different. Then the lonely child found a friend in a mysterious dark lady who offers her protection—a lady she calls her “angel”. But that protection carries a terrible price, one to be paid with the souls of those Jane chooses to suffer a hideous and eternal fate.

When Jane refuses to name another victim, the angel reveals her most terrifying side. Payment must be made in full—one way or the other.

Here are some places you can find Dark Avenging Angel:

Following a varied career in sales, advertising and career guidance, Cat is now the full time author of a number of paranormal, ghostly and Gothic horror novels, novellas and short stories. She was the 2013 joint winner of the Samhain Gothic Horror Anthology Competition, with Linden Manor, which features in the anthology What Waits in the Shadows.  Her novels, The Pendle Curse and Saving Grace Devine are also published by Samhain. Her latest novella – Dark Avenging Angel – will be followed by her next novel – The Devil’s Serenade – in April 2016

You can connect with Cat here:

We Are Monsters Meets The World

What Makes a Human Monster