The artwork for my upcoming story “Wildflower, Cactus, Rose” was released yesterday, and it is stunning. It captures the defiant attitude of the mother in the story, who is working to establish a new self identity after a botched surgery leaves her disfigured. 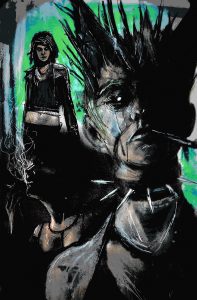 Many thanks to Luke Spooner at Carrion House for creating such a striking work of art. The story will appear in Behold: Oddities, Curiosities and Undefinable Wonders, which includes stories by Clive Barker, Neil Gaiman, Ramsey Campbell, Lucy A. Snyder, John F.D. Taff, Richard Thomas, Patrick Freivald, Kristi Demeester, Erinn Kemper, and more, including a forward by Josh Malerman. Look for the book’s release on July 28.

The New Video Trailer for Behold!