Inspiration can be hard to come by, and sometimes – just sometimes – we need to look beyond books to find it. Here are ten documentaries about art and creative expression that cracked my head open and filled it with magic juice. I hope they do the same for you.

Wayne White was one of the original creators of the TV show, Pee-wee’s Playhouse, which led to more 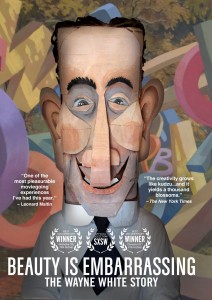 work designing some of the most arresting and iconic images in pop culture. Narrated by Wayne White himself, Beauty Is Embarrassing chronicles the vaulted highs and the crushing lows of a commercial artist struggling to find peace and balance between his work and his art.

At its core, the film is a reminder that we should all follow our passion. It is those creative impulses that will lead us to where we need to go.

2. The Devil and Daniel Johnston 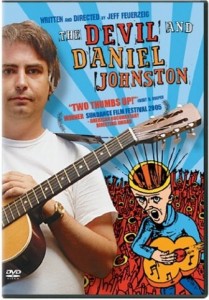 the world to Daniel Johnston — a reclusive musical genius now in the throes of manic depression. Blending up-to-date footage with home movies, archival material and rare audio, Feuerzeig creates a dizzying – and heartbreaking – portrait of a man whose inner demons are taking over, one delusion at a time. 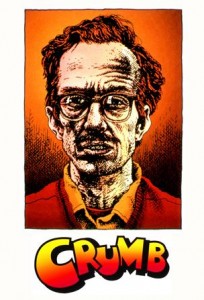 an animation cult hero whose characters Fritz the Cat and Mr. Natural became counterculture icons. Candid interviews with Crumb’s friends, family and the artist himself render a compelling profile of a tormented man who transcended a harrowing upbringing. The film won the Grand Jury Prize at the Sundance Film Festival.

4. Exit Through the Gift Shop 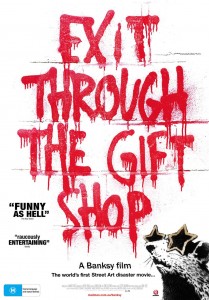 capture many of the world’s most infamous vandals on camera, only to have a British stencil artist named Banksy turn the camcorder back on its owner with wildly unexpected results.

One of the most provocative films about art ever made, Exit Through the Gift Shop is a fascinating study of low-level criminality, comradeship and incompetence. By turns shocking, hilarious and absurd, this is an enthralling modern-day fairytale… with bolt cutters. 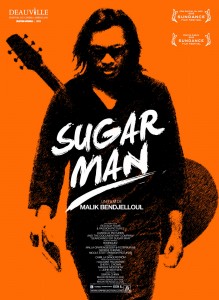 two critically praised records in the 1970s, two fans from South Africa, where Rodriguez was a huge hit, try to track down their idol. 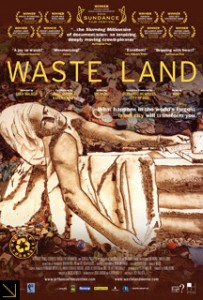 he journeys from his home base in Brooklyn to his native Brazil and the world’s largest garbage dump, Jardim Gramacho, located on the outskirts of Rio de Janeiro. Director Lucy Walker (DEVIL’S PLAYGROUND, BLINDSIGHT and COUNTDOWN TO ZERO) and co-directors João Jardim and Karen Harley have great access to the entire process and, in the end, offer stirring evidence of the transformative power of art and the alchemy of the human spirit.

Paul Giamatti stars as Harvey Pekar, a working-class file clerk who found an 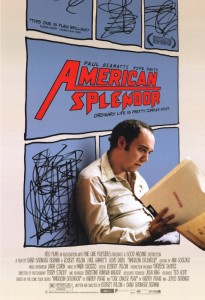 outlet for his creativity by chronicling the minutia of his life in Cleveland, Ohio, in a comic book series called American Splendor. 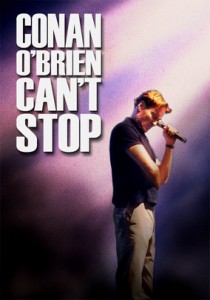 severing of a 22-year relationship with the network – O’Brien hit the road with a 32-city music-and-comedy show to exercise his performing chops and exorcise a few demons. The “Legally Prohibited From Being Funny on Television Tour” was O’Brien’s answer to a contractual stipulation that banned his appearance on television, radio and the Internet for six months following his last show. Filmmaker Rodman Flender’s resulting documentary, Conan O’Brien Can’t Stop, is an intimate portrait of an artist trained in improvisation, captured at the most improvisational time of his career.

After being beaten into a brain-damaging coma by five men outside a bar, Mark builds a 1/6th scale World

War II-era town in his backyard. Mark populates the town he dubs “Marwencol” with dolls representing his friends and family and creates life-like photographs detailing the town’s many relationships and dramas. Playing in the town and photographing the action helps Mark to recover his hand-eye coordination and deal with the psychic wounds of the attack. When Mark and his photographs are discovered, a prestigious New York gallery sets up an art show. Suddenly Mark’s homemade therapy is deemed “art”, forcing him to choose between the safety of his fantasy life in Marwencol and the real world that he’s avoided since the attack.

Ai Weiwei is China’s most famous international artist, and its most outspoken domestic critic. Against a 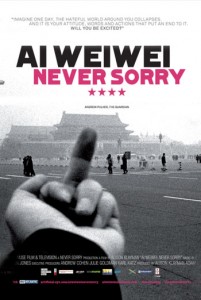 backdrop of strict censorship and an unresponsive legal system, Ai expresses himself and organizes people through art and social media. In response, Chinese authorities have shut down his blog, beat him up, bulldozed his newly built studio, and held him in secret detention.

AI WEIWEI: NEVER SORRY is the inside story of a dissident for the digital age who inspires global audiences and blurs the boundaries of art and politics.